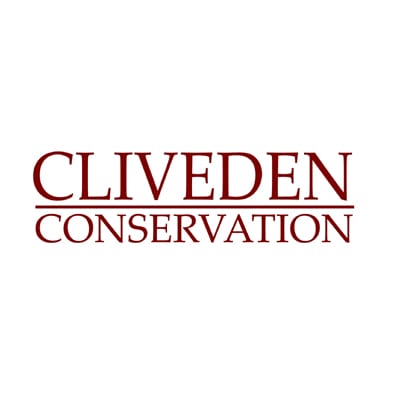 Written by GreenPoolBall on February 8, 2017. Posted in Newsletters

Cliveden Conservation restores and conserves the UK’s most beautiful historic buildings. It’s only right they should share this brilliant work. They hired me to produce a client newsletter covering the highlights of their busy schedule in 2015 and 2016.

I conducted telephone interviews with staff to get under the skin of the company and gathered quotes to bring the stories to life. I researched and developed angles that connected Cliveden Conservation’s activities to the wider conservation world. It was heartbreaking to hear about the devastation at Clandon Park.

The remains of the National Trust’s Clandon Park, a Palladian mansion built in 1720 and devastated by fire last year, are revealing secrets of unique significance that will enable this national treasure to rise from the ashes.

The Marble Hall at Clandon is one of the most striking architectural spaces in Britain: a two-storey cubic hall adorned with marble and crowned with intricate sculpted stucco. The fire destroyed many of the hall’s important fixtures and furnishings and left it roofless, along with most of the building.

It’s not all bad news, however. Cliveden Conservation, as advisors to the National Trust, were on site to help with the salvage operation. The blaze miraculously spared the ceiling of the imposing Speaker’s Parlour, and we helped to save it from further damage.

“Acting quickly is critical after this kind of disaster,” explained Trevor Proudfoot, MD of Cliveden Conservation. “We went in just two days after the fire and, with the help of the fire brigade, installed props to minimise further damage and assist subsequent restoration efforts.”

The recovery at Clandon has been running for the past year, with teams of engineers and archaeologists securing and surveying the building. Trays of fragments are carried from the building to a polytunnel village erected near the house where experts like Sarah Mayfield, conservator with Cliveden Conservation, document significant finds by, quite literally, sifting through the rubble piece by piece.

“I did my masters case study on Clandon so, although the destruction of the house is a tragedy and a massive loss to art history, it’s been really exciting to be part of the survey team. In its exposed state the building is revealing its secrets, aspects of construction and design that might otherwise never have been known.”

The next stage of the process will be to prepare specifications for the repair and restoration of the building, for which Cliveden Conservation will draw on our experience restoring the ceilings at Uppark, also wrecked by fire in 1989.

We needed a newsletter to keep our clients, colleagues and fellow conservation industry members up to speed. Previously we’ve done it in-house, but with a heavy workload and tight timeframe we decided to outsource. Olly gathered stories from our three regional workshops on completed, upcoming and award-winning projects. He took the time to interview individuals and found the best angles for the stories.

He listened to the brief, understood our requirements and wrote in a friendly but authoritative tone, just right for our large, diverse readership. He made the deadline despite the challenges of liaising with multiple stakeholders. Olly hasan eye for detail and careful research. His copywriting services combine the rigour of a journalist with the adaptability of a commercial writer. Highly recommended.