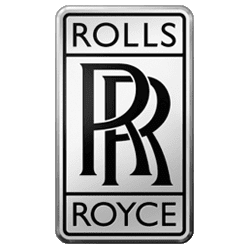 Written by GreenPoolBall on October 10, 2017. Posted in Event copy

Who hasn’t heard of Rolls-Royce? It’s an iconic brand no doubt, but few people know the story of the risk-taking, ruling-breaking pioneers who founded the company. Charles Rolls was an aristrocratic daredevil, Henry Royce a working class engineering genius. Together they made history.

I was hired by ENERGY for Rolls-Royce copywriting at Goodwood Festival of Speeed in 2017. The stand was showcasing the Black Badge range; Rolls Royce’s menacing alter ego and their most powerful cars to date.

The challenge was to digest a huge amount of historical information in a short period, choose the most compelling anecdotes, then retell them for an event audience. The copy was displayed on panels around the beautifully designed stand.

The production was very well received by festival goers, Rolls-Royce’s top brass and the wealthy individuals who placed orders during the festival. Rolls-Royce had a target for the number of Black Badge rollers they wanted to sell over the six months following the event. Thanks to the powerful impact of the stand, and the way it invoked the bold spirit of the company’s founders, that target was smashed in four days.

Rolls-Royce sold almost 30 new cars as a result of their Goodwood display, and the stand won a gold award at the Field Marketing and Brand Experience Awards 2017.

‘The power of flight is a fresh gift from the Creator, the greatest treasure yet given to man’
Charles Rolls, co-founder of Rolls-Royce

8 October 1908 – a day that changed Charles Rolls’ life. It was a clear, crisp autumn morning at Camp d’Auvours near Le Mans, France. Conditions were perfect. They had to be. Early aircraft—flimsy constructions of wood and cloth—were alarmingly prone to sudden exits from the sky. Rolls, wearing a high collar, necktie and breast pocket handkerchief, seemed overdressed next to the pilot, Wilbur Wright, who wore a simple cap.

The Wright Flyer’s 25 hp engine roared to life. The machine was catapulted along the launching rail. The nose dipped. Then, to the relief of the massed crowd, the unlikely contraption rose gracefully to reach its top speed of 40 mph.

Rolls was only the third Englishman ever to experience powered flight. The event affected him so profoundly that in 1910 he resigned as technical managing director of Rolls-Royce to dedicate his life to flying. The same year he became the first man to make a non-stop double crossing of the English Channel.

On 12 July 1910 Rolls was killed when the tail of his plane broke off during a flying display at Bournemouth. He was 32.

Images from Goodwood Festival of Speed

Alongside the cars themselves, we wanted to convey the history of Rolls-Royce, from its pioneering inception right up to the modern day, to demonstrate how the Black Badge spirit has always been part of the brand, as embodied by the founders Charles Rolls and Henry Royce. Easy, right?

Olly’s Rolls-Royce copywriting told the story beautifully, picking out exciting highlights from Rolls-Royce’s epic history, and weaving the Black Badge spirit throughout. He created an engaging and informative narrative that was displayed on panels, and which visitors to the stand actually stopped to read! The story was at the heart of the experience, so great copy was vital to its success.

Olly is professional and very easy to work with. The copy he produced was outstanding and I loved the fact that he gave us options for how we could tell the story. He also managed to nail it on the first go, with only minor amends needed.

After using Olly for the first time, I’m confident that whatever he writes will be high quality. And I know I can leave him to get on with the job with minimal supervision. The way he went about researching and writing for this project leaves me with no doubt that he can deliver copy for whatever sector or client I might need.

He’s a bloody nice bloke and he’ll be my first port of call for future copywriting jobs.